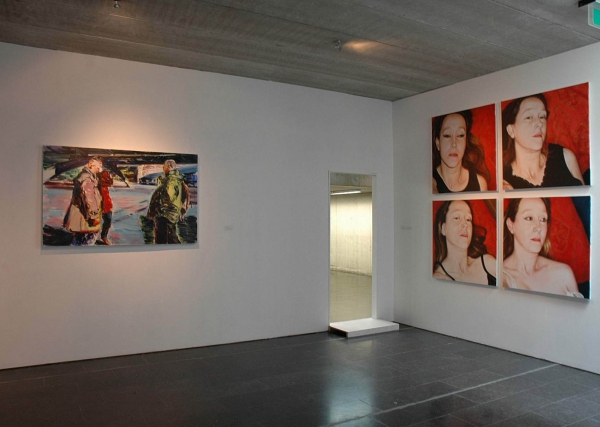 In the past twenty five years ten editions of the Gaver Award, a biennial of painting, were held. The Gaver Award is intended to reward and stimulate young people who are professionally involved in painting.

‘Voorbij het zwart, selectie van de laureaten van de Gaverprijs 1982 – 2004*’ is an exhibition in Be-Part, a Platform for Contemporary Art, and shows recent works (not only paintings, but also photography and video) of nine laureates from the past editions. The exhibition proves that winning of the Gaver Award has often been a steppingstone for young artists. All laureates in the exhibition are currently widely nationally appreciated, and in some cases even internationally.

Veerle Van Durme, in co-operation with Cultural Center De Schakel, the City Council and the Council for the Arts of Waregem.

* The title ‘Voorbij het zwart’ (‘Beyond the Black’) refers to Malevich’ ‘Black Square’, one of the most renowned paintings in twentieth century art history. Malevich himself thought of it as being the end of figurative painting and the start of his geometrically abstract ‘Suprematism’. In the course of nine years, Malevich painted four versions of the ‘Black Square’.