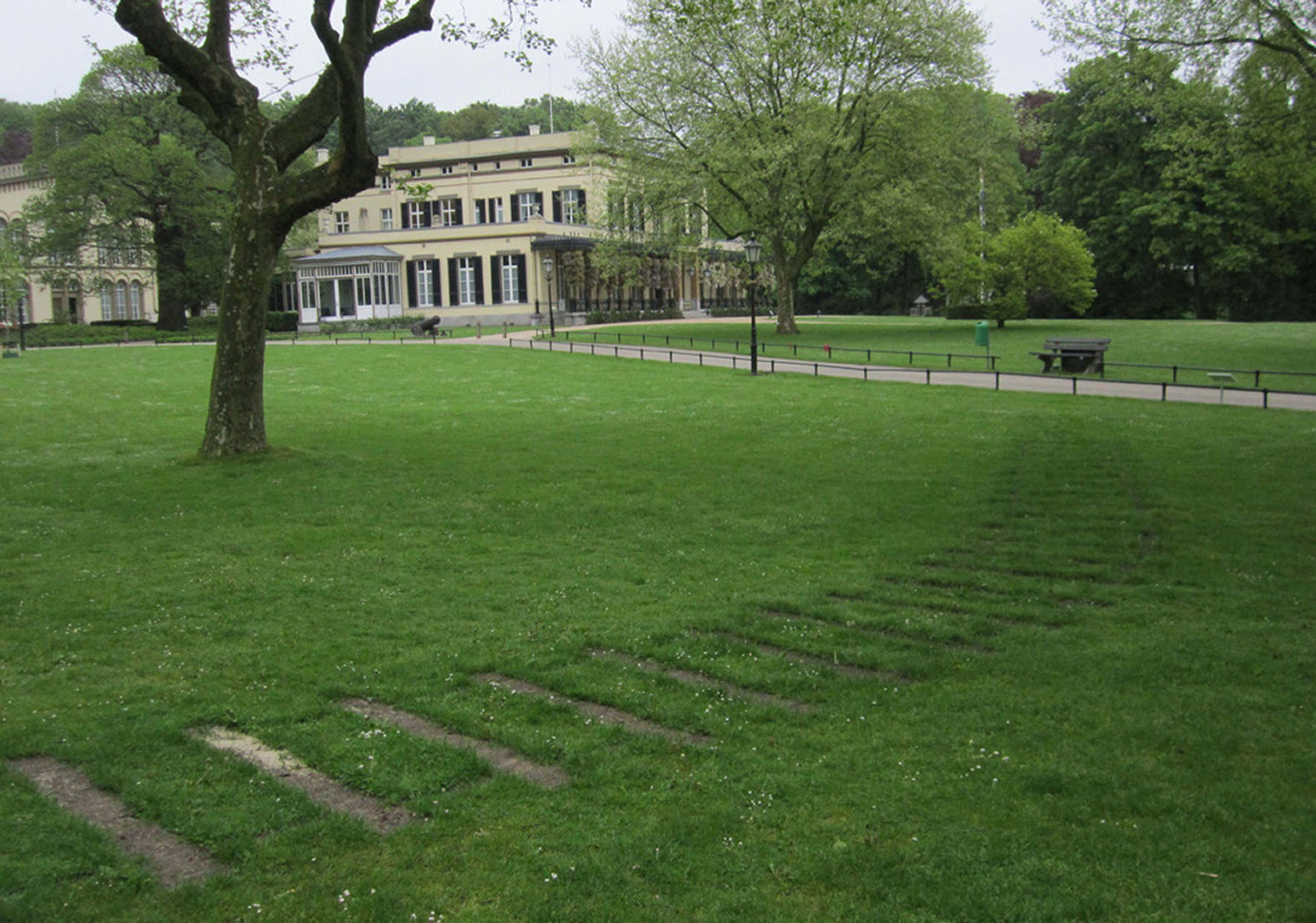 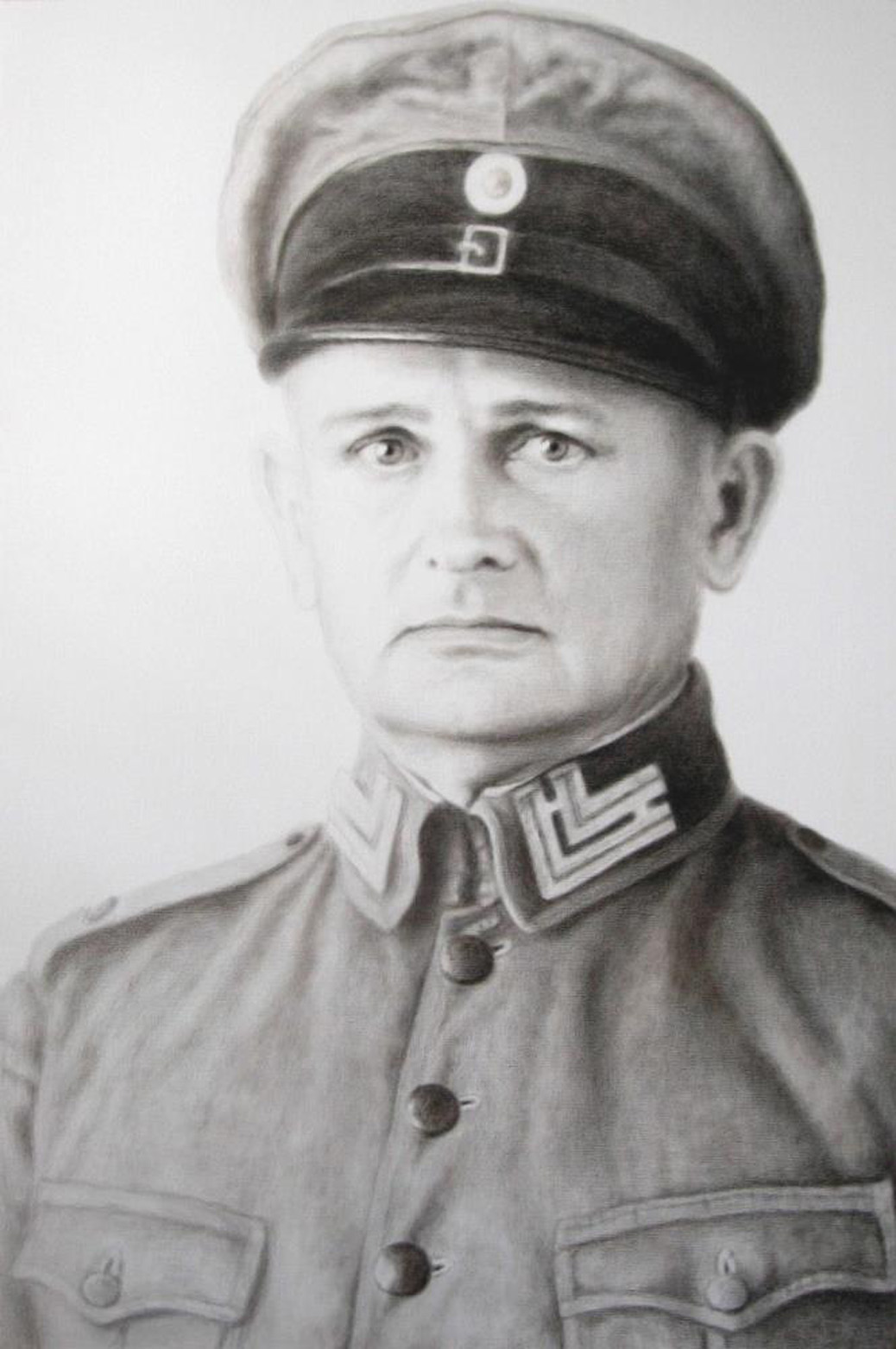 The Tracker
Sourced from photographs and letters in the family archive, including the memoir Dirk Jan wrote about his experiences as a prison laborer on the Pakanbaroe railroad, The Tracker is an installation in which artist Lique Schoot searches for traces of the life of her grandfather, Bronbeker Dirk Jan Schoot (1898 – 1989). This period in his life marked a turning point both for him and for the generations thereafter. The installation shows three paintings, a book about the life of Dirk Jan and three railways of 5, 25 and 30 meters (image above), which are partly within and partly outside the museum of Bronbeek.

Lique was initiator, curator and artist for the following exhibtion at Museum Bronbeek, Arnhem-NL

Bronbeek is a former Royal palace in Arnhem, Netherlands. It is now a museum and a home for elderly soldiers.

Bronbeek was built early in the 19th century. In 1845 the Dutch King William III bought it. He donated it to the Dutch state in 1859. William wanted it to be a home for disabled KNIL soldiers. The inhabitants took their collections of ‘souvenirs’ with them. This turned into a museum about the history of the Dutch East Indies and the Royal Dutch East Indies Army.

As part of the 150th anniversary, the museum shows the exhibition ‘Bronbekers in Beeld’.
Seven contemporary artworks are situated on the estate of the museum. The works show inhabitants of Bronbeek from 1863 till now, telling the story about Bronbeek, the colony and the KNIL.

The locations of the works are linked to an essential feature of a Bronbeker’s life.