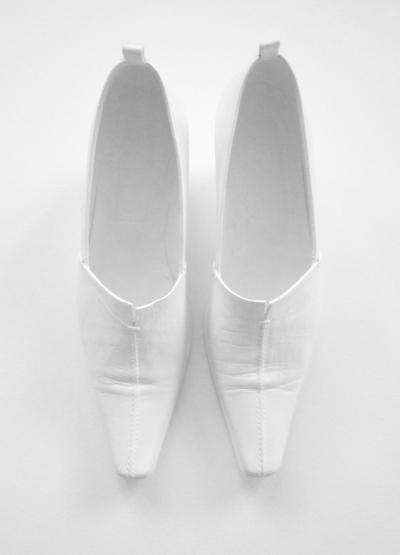 William “Boy” Habraken was literally born between shoes at the end of the 2nd World War in Eindhoven, the Netherlands. At the age of twenty he separated from his father’s shoe-business and started his own import/wholesale company in footwear. His business travels took him on many journeys all around the globe. He visited more than 120 countries and lived several years in Taiwan. In his free time he collected shoes worn with traditional native costumes. The extra information and context was as important to him as the shoe itself: the materials used, the manufacturing, the use, the age and the name in the local language. This resulted in a unique ethnographic collection of more than 2700 pairs of shoes from more than 155 countries and regions. Amongst them are some very rare pieces of North American Indians, Eskimo’s, African tribes, Berbers, Bedoeins, Mongols, the Ottoman and pre-Inca empire. On the 19th of September 2006, The Guinness Book Of World Recordsconfirmed that William “Boy” Habraken collected the largest collection of tribal and ethnographical shoes in the world.

The museum houses this collection and a design collection of known shoe designers such as André Perugia, Salvatore Ferragamo, Christian Louboutin and Manolo Blahnik.There’s also a selection of cartoons, mainly made by Belgium and Dutch comic artists such as Jean-Marc van Tol, Jean-Claude Servais, Kim Duchateau, Lamelos, Bill Griffith, and others.

Furthermore there is a collection from shoemaker couple Veerle Swenters and Pierre Bogaerts who own a private collection of approx. 1200 pieces of art dedicated to shoes. The art collection features pieces by artists such as Baselitz, Jan Fabre, Richard Long, Panamarenko, Michelangelo Pistoletto, Gerhard Richter, Tom Wesselmann, and others. Also a few anomaly contributions from for instance choreograph Merce Cunningham and musical instrument inventor Yuri Landmanare part of the collection.